Why are current mortgage rates so low?

Despite what some commentators are calling a flat mortgage market, many of you across the country are still finding ways to purchase your dream home. Whether you’re a first-time buyer, home mover or buy-to-let investor now may actually be a great time to consider your options.

This is because of the current pricing competition amongst mortgage lenders. The competition intensified at the beginning of the year with a number of lenders cutting their rates, and this trend has continued into the latter stages of 2019, resulting in current mortgage interest rates being at near-record lows.

But why are interest rates so low?

There are a number of reasons why current mortgage rates are so low. The Bank of England sets interest rates, also known as the base rate, in response to current events and expected economic performance. The Bank of England base rate can sometimes influence how much other banks and lenders charge you to borrow money.

The base rate is currently 0.75 percent, far lower than the base rate before the financial crisis. However, despite the base rate has increased twice since November 2017, mortgage rates have remained at near-record lows.

So the main reason for the low mortgage rates is the price war amongst mortgage providers.

A number of lenders cut their rates at the beginning of 2019 and the pace of cuts has been quickening in the last quarter of the year, according to Moneyfacts.

Finding the right mortgage with the right rate for you and your personal circumstances can be confusing, which is why seeking professional advice can be invaluable

If you want to make the most of near-record low mortgage rates, contact us today at Harrison Gray on 01489 854944. 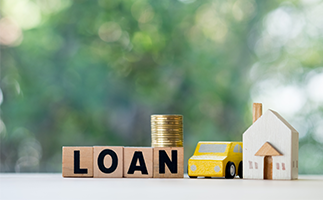 YOUR HOME MAY BE REPOSSESSED IF YOU DO NOT KEEP UP REPAYMENTS ON YOUR MORTGAGE. THERE WILL BE A FEE FOR THE ADVICE GIVEN, THE EXACT AMOUNT WILL DEPEND UPON YOUR CIRCUMSTANCES BUT WE ESTIMATE IT WILL BE £395.

We always aim to provide a high quality service to our customers. However, if you encounter any problems and we are unable to resolve them you can take your complaint to an independent Ombudsman. Our advice is covered under the Financial Ombudsman Service .

Harrison Gray is an Appointed Representative of Mortgage Intelligence Ltd which is authorised and regulated by the Financial Conduct Authority under number 305330 in respect of mortgage, insurance and consumer credit mediation activities only.